Football tournaments and the conservation of the chimpanzee 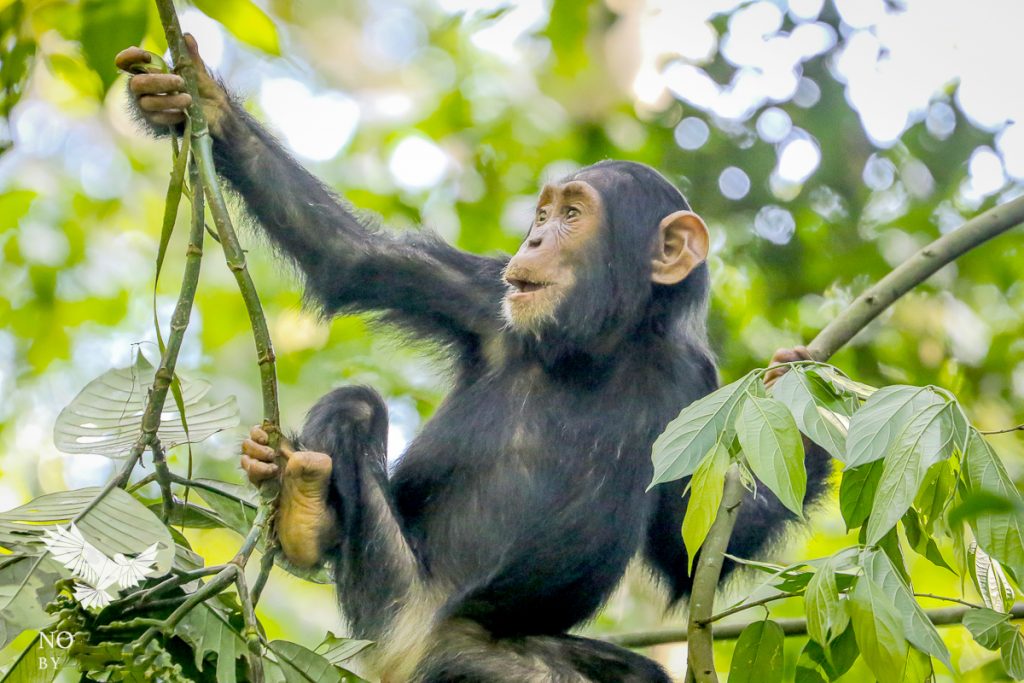 CCFU organised a tournament to strengthen the role of youth as conservation agents of the chimpanzee through football competitions. The Annual Inter-clan competitions was held in selected districts in Rwenzori (Bunyangabu and Kasese) and Bunyoro (Kagadi, Kibaale, Hoima and Kikuube).

The tournament retained the name – The Ekiteera Cup (in Bunyoro) and The Ekibandu Cup (in Rwenzori). Given the size of regions covered by the project, the tournament was held in 2 locations in each region with young people below 25 years participating. 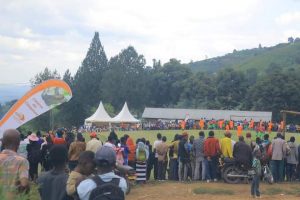 The mode of competition was by elimination (Champions league mode of play).

In Bunyoro, 16 clans participated in order to address the requests of more engagement in the tournament and the need to engage more youth in the conservation of the chimpanzee and 8 clans from Kikuube/Hoima Districts (A) and 8 clans from Kagadi/Kakumiro/Kibaale Districts (B). A football gala (morning to evening, 4 matches) was organised for the first match days in Kabwoya and Muhooro to select 4 teams from each area.

In Rwenzori, given the smaller number of clans (16) compared to Bunyoro’s (>150), 8 clans were registered to participate in the competition. A football gala of 2 matches each was be organised in both Bunyangabu District and Kilembe (Kasese District) in order to select 2 teams from each area.

The teams in Bunyangabu will play to get their best and the teams in Kilembe do the same. The finals will be held at a neutral playground in Bunyangabu District (where the previous – 2019 –  finals were held).

A panel comprising of CCFU, the Project coordinator in the region and a cultural leader was constituted to select teams/clans that participated in the competition. A team with the highest number of clan members (after a background search) had high chances of being considered to participate in this tournament and special consideration was given to first time participants.

Using culture to strengthen collaborative conservation of chimpanzees in Uganda

With support from the Arcus Foundation, the Cross-Cultural Foundation of Uganda (CCFU) is implementing a 2-year #CultureForChimps project (2021-2023) in Bunyoro and Rwenzori sub-regions to strengthen the conservation of chimpanzees, through cultural mechanisms. This project involves working with cultural leaders, private forest owners and the youth. Intergenerational dialogues between youth and elders, including cultural leaders, to facilitate cross-learning, especially highlighting the culturally-relevant conservation mechanisms and the roles and responsibilities both the youth and elders can perform to conserve the chimpanzee. To raise awareness among a wider population of the youth and actively engage them in chimpanzee conservation efforts, games and sports were identified as a key mechanism. Therefore, a football tournament was established.

CCFU has so far held 2 chimpanzee tournaments – the first held in 2019 and the 2nd held in Nov 2020 and finalized in early 2021. In all the tournaments,  a total of  32 clans participated, directly involving 1200 youth, including football players and team managers as well as about 3,500 youth and non-youth community members (spectators, local leaders, women, media, cultural leaders, etc.) from both Rwenzori and Bunyoro. The tournament was widely publicised in both areas through radio talk shows, announcements and mentions; public address systems; printed posters; social media; conservation, football and entertainment radio programmes; and live coverages by some radio stations.