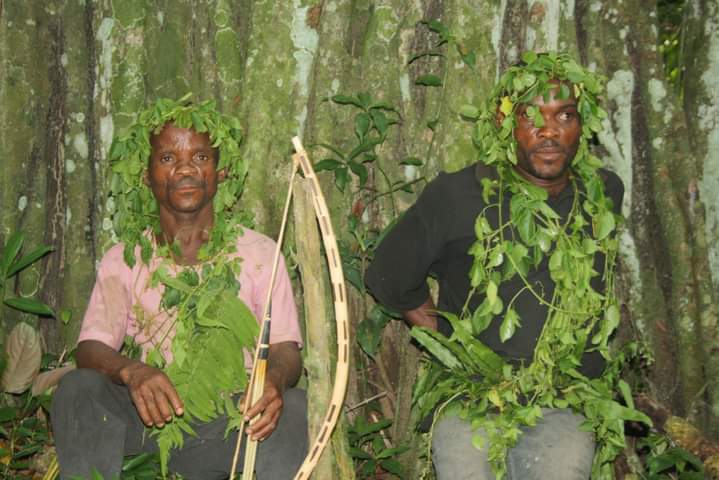 Indigenous Minority Groups (IMGs) in Uganda have demanded for the Covid-19 vaccine. It has been observed that only few of them have been vaccinated and these are mostly people who live in towns and are employed by the government.

The demand was made during a virtual event that was organised by the National Coalition for the Rights of Indigenous Minority Groups in Uganda supported by Cross-Cultural Foundation of Uganda, to commemorate the International Day of the World’s Indigenous Peoples.

During the event, Our Executive Director, Barbra Babweetera, noted that IMGs in Uganda continue to suffer exclusion and marginalisation in terms of access to basic social services (health, education, access to justice,), representation in public offices and lack of adequate infrastructure in their areas which has kept them in a vicious cycle of poverty.

“The Government has put in place several services such as the Youth Livelihood Fund (YLP), Emyoga, Operation Wealth Creation among others which would be of use to IMGs, help achieve equality and ensure that no one is left behind,” Barbra said.

With the COVID-19 pandemic, IMGs face double marginalisation and discrimination due to limited or no access to the COVID related services such as health facilities and justice service providers (because they are located in remote areas). This was reported during last year’s commemoration of the Indigenous Peoples Day, yet even in the recent government COVID relief to vulnerable Ugandans, the IMGS were not prioritised as such.

“This year, the same challenges that IMGs faced during the first lockdown resurfaced. For example, the Batwa reported that they completely missed out on relief funds that have been given out by the Office of the Prime Minister.” Barbra said

IMGs were encouraged to be proactive by standing up against all injustices that they face through advocacy. This would enable the relevant stakeholders to hear their voices and take action.

“I encourage IMGs to take the lead while fighting for their issues. Make the necessary noise. Do not wait for other people to come and do it for you, this way, we can achieve the change that we all want,” Barbra said.

During the event, the representative of the Equal Opportunities Commission, Ms. Petwa noted that several complaints have been received by the Commission from IMGs on their marginalisation and reported that investigations are underway to understand is this matter, to enable action.

“We have received several complaints about marginalisation of IMGs in Uganda. We are glad that IMGs are not quiet and we have launched investigations into this matter. The necessary action will be taken,” Petwa said.

Representatives from different IMG communities in Uganda affirmed that their conditions are worsening each day, noting that none of the recommendations from the previous engagements with stakeholders have been acted on. They reported that IMGs continue to suffer injustices such as limited access to health services, education, and livelihoods which have been coupled with evictions from land that gives them a source of livelihood.

“No recommendation has been worked on and we continue to be discriminated. For example, a few of our people have accessed testing and vaccination against Covid-19 and these are people living in towns and maybe work of government institutions.” Samuel Ayaru, the Chairperson of the Karamoja IMG Platform observed.

Charles Matheso from the Lendu reported that during the lockdown, they could not access their business across the DR Congo Border and inspite of this, they were not given priority for relief services.

A call to Action

IMGs representatives recommended that there should be a representative of IMGs on the Covid 19 Task Force in Uganda so that they are given priority. They also asked that investigations into their marginalisation and injustices be done so that the necessary action is taken to improve their situation. There is a need to strengthen IMG Platforms and coalitions to strengthen their voices as they air out their grievances.

The International Day of the World’s Indigenous Peoples is observed on 9 August each year to raise awareness and protect the rights of the world’s indigenous population. This event also recognizes the achievements and contributions that indigenous people make to improve world issues such as environmental protection. It was first pronounced by the United Nations General Assembly in December 1994, marking the day of the first meeting of the UN Working Group on Indigenous Populations of the Sub-Commission on the Promotion and Protection of Human Rights in 1982.

The cultural rights of ethnic minorities are especially at risk and require urgent attention (in terms of status, access to one’s language and cultural heritage, political representation and access to cultural sites). Further, ethnic minorities are often at risk of seeing their culture assimilated by more numerous neighbouring groups. CCFU therefore works with indigenous minorities to develop status reports and engage district authorities on their cultural rights. The Foundation is also active in documenting oral histories, supporting advocacy platforms at district and national level; and developing cultural resource centres and Community Museums as sustainable enterprises.