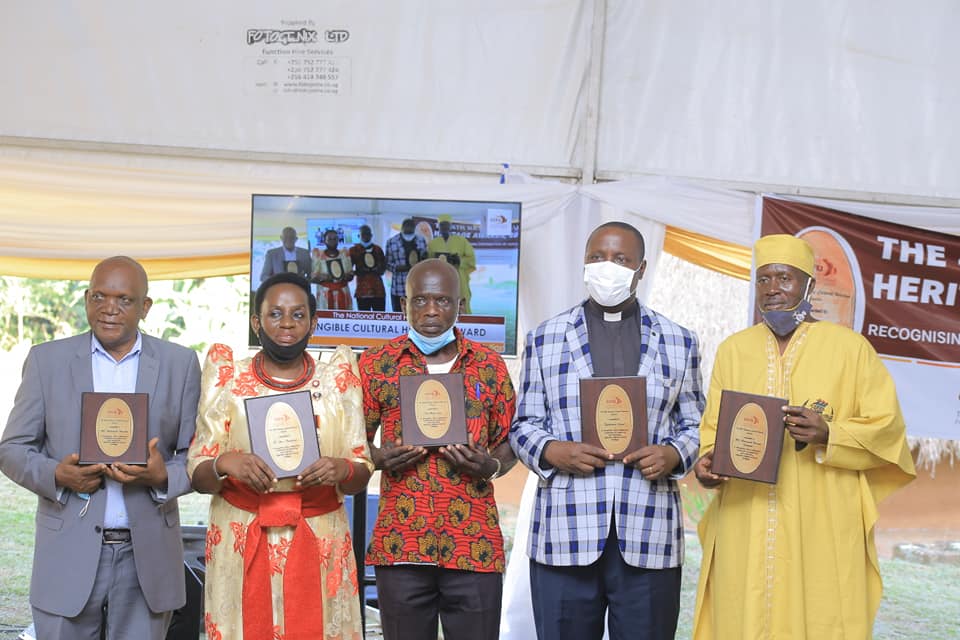 In commemoration of the World Culture Day that happens annually on 21st May, the Cross-Cultural Foundation of Uganda (CCFU) on 20th May 2021, convened the culture sector, representatives from government ministries, departments and agencies, civil society organisations, cultural enthusiasts and the media at the Uganda National Museum for the 4th National Cultural Heritage Awards Ceremony.

The awarding ceremony aimed at raising awareness about the importance of preserving and promoting cultural heritage and exploring opportunities for collaboration for safeguarding and promotion in cases of crisis.

The event was graced by Ms. Doreen Katusiime, the Permanent Secretary, Ministry of Tourism, Wildlife and antiquities who applauded CCFU for its undying efforts to support communities to safeguard, promote and preserve cultural heritage. She also expressed pride in CCFU for initiating a Bachelor of Cultural Heritage Studies in Uganda and the role it will play in bridging the professional knowledge gap about cultural heritage in Uganda. She also called for unity among different players in the culture sector while addressing challenges the sector faces especially in pushing the agenda of establishing an independent ministry for culture in Uganda. Ms. Katusiime pledged support on behalf of the ministey to ensure that cultural heritage issues are embedded in the national agenda.

About the National Cultural Heritage Awards

Therefore, in 2013, CCFU initiated the National Cultural Heritage Awards to provide a missing incentive that is, social recognition, publicity and money through a heritage prize awarded to individuals and organisations for their outstanding contribution to preserving and promoting our heritage. So far, twenty three awards have been made. This has now become a bi-annual activity.

This year, CCFU received over 60 nominations from the general public which were vetted by a jury of cultural experts to select winners.