On the 23rd of February, CCFU convened national stakeholders such as civil society organisations, government departments, ministries and agencies, private sector, cultural institutions and representatives from the British Council in Uganda that are concerned with conservation, culture, tourism, and climate change to share experiences on natural flood management from the Rwenzori and Alur Regions.

The event was aimed at raising awareness about the risk posed by climate change on Uganda’s cultural heritage.

Two booklets highlighting the impact of climate change on cultural heritage sites in the Rwenzori and Alur regions were launched. 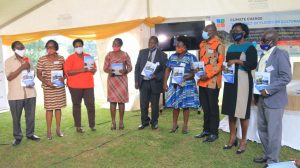 The impact of climate change on Uganda’s cultural heritage

The receding snow on the Rwenzori mountains coupled with the persisting presence of the rainfall belt over the East Africa region associated with prevailing high-pressure over the Indian Ocean and influx of moisture-laden winds from the Atlantic Ocean and the Congo Forests has resulted in the flooding of rivers such as Nyamwamba, Mobuku, Lhuburiba, Nyamugasani and Sebwe) that burst their banks affecting cultural heritage sites in Rwenzori region. 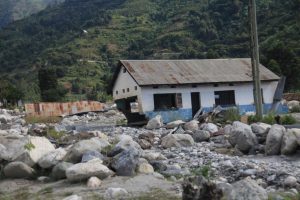 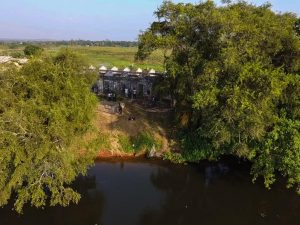 Also, a recent study reveals that water level in Lake Victoria, which is the main source of water for River Nile, has overtaken its normal long-term average and will continue to rise for the next ten years. This has left the area around Packwach bridge flooding, with Wang-Lei cultural heritage site, which is significant for the Luo migration as the place where Gipir (Nyipir) and Labongo (Nyabongo) separated, under threat of being washed away or submerged by the water.

The Cross-Cultural Foundation of Uganda (CCFU), in partnership with the International National Trusts Organisation (INTO) has been implementing a project titled “Melting snow and rivers in flood; mitigating the impact of a warming climate on Uganda’s heritage”.

The five and a half-month project funded by the British Council’s Cultural Protection Fund (CPF) was aimed at contributing to the preservation of important elements of the cultural heritage of the Bakonzo in the Rwenzori region and the Alur in West Nile.

The project documented the threatened heritage, including at least 30 intangible cultural heritage expressions of the Alur (related with Wang-Lei) and the Bakonzo –with mapping and marking nine threatened Bakonzo heritage sites. Other interventions include a 40m-gabion cage retaining wall and an information board erected at Wang-Lei. 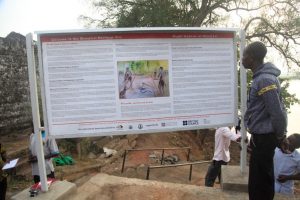 CCFU supported the development of heritage sites management plans and the capacity of site takers and owners built in both regions. Signposts to guide tourists and visitors to the sites at Wang-Lei and in the Rwenzori, region were elected.

CCFU is a non-governmental, not-for-profit organisation that was established in 2006 to promote the recognition of culture as vital for human development that responds to our diverse identities.

To strengthen efforts towards the conservation, protection and safeguarding of Uganda’s heritage, CCFU has also documented historical buildings, sites and monuments that are under threat in the cities of Kampala, Entebbe, Jinja and Fort Portal and developed a map and an app that tells their history and significance. The Foundation is also involved in harnessing cultural resources to promote conservation in Rwenzori and Bunyoro sub regions.

CCFU is a member of the International National Trusts Organisations (INTO).

(When you are brave, you can do much.) ~ Kebu Proverb 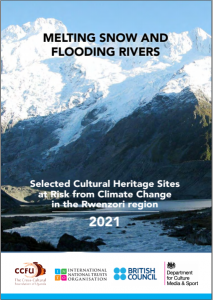