The Nexus between Culture and the 2017 Marriage Bill 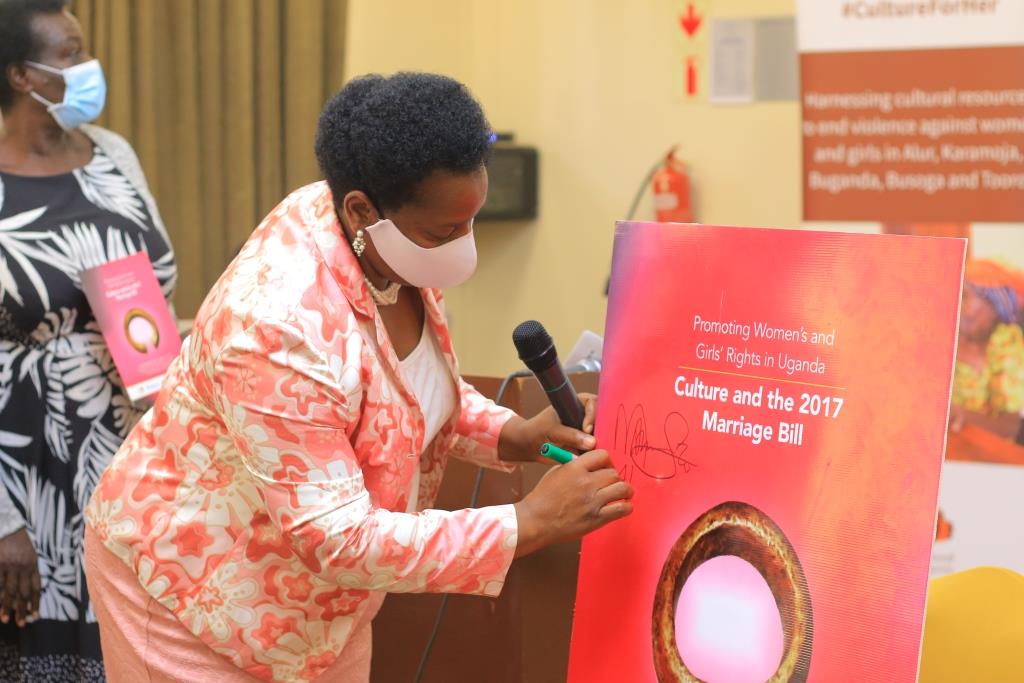 Several clauses in the Bill have drawn much controversy. Many critical voices have pointed out to a disconnect between the Bill’s provisions and “culture” or “traditions”.

The research was therefore carried out to provide civil society, government policy makers, cultural and religious leaders, with a resource to appreciate the commonalities and differences between cultural and statutory principles and provisions regarding marriage, and to contextualise cultural controversies as they debate the passage of the

Launch of the report and dissemination of the findings

On Thursday, 4th January 2021, gender focused national and international organisations, cultural leaders, academicians, concerned ministries and government agencies, and the media hosted by CCFU met at Protea Hotel in Kampala to launch and disseminate research findings from a research on the nexus between culture and the 2017 marriage bill.

The event was graced by Ms Juliana Naumo Akoryo, the Commissioner for Gender and Family Affairs from the Ministry of Gender Labour and Social Development who in her remarks emphasised the need to understand why the Marriage and Divorce Bill being one of the oldest bills in parliament has never been passed. She acknowledged that culture would play an important role especially through languages to ensure that beneficiaries of the bill understand all the contentious clauses and its benefits.

Ms Susan Achen from the Uganda Women’s Network shared experience on their advocacy efforts towards the passing of the bill. She noted that the passing of the bill has been delayed by factors such as ownership by government, inconsistent advocacy, limited awareness to the population about its benefits and the fact that the bill is mostly against men and therefore they do not understand the need for its passing. Susan recommended that there is need for relentless advocacy, education of the population about the benefits of the bill, engagement of men by intentionally including them in the bill, creating parliamentary and civil society allies to push advocacy towards the bill and breaking down the bill to ensure that it is understood by the population.

Key findings of the research

The research findings were discussed by Ms Santa Kayonga, the Research Consultant. Key findings from the research included;

Lack of harmony with culture, with government’s focus on the concept of equality and the ‘excessive power’ given to women (and children). The Bill has clauses that some categories of men consider to be disempowering such as divorce and bride price which the bill considers optional and suggests its name as ‘gifts’

Property Rights and Women’s Contribution, the bill provides for common ownership of property by both men and women in polygamous and monogamous marriages with exception of ancestral property. In communities such as Acholi, Lango and Alur, women tend to own property;

Widow inheritance is criminalised except with free and full consent of the widow and the widow has the right to choose who to marry. In all communities, widow inheritance is controversial and is very highly contested. by the bill except with the Challenges from a religious perspective were mentioned, as divorce and related practices are discouraged or forbidden; and the role of cultural institutions which is not particularly highlighted.

Matrimonial and conjugal rights/marital rape. The bill grants conjugal rights on reasonable grounds. Marital rape is contested in all communities that participated in the research. The greatest challenge is posed on proof of commission of the act and the culture of ‘silence’ by women who are abused

The bill stipulates 18 years as age of marriage and marriage is a choice and must be free. Some communities such as Acholi and Lango do not permit child marriage. However, there is low monitoring and enforcements towards the act.

Bride price and marriage. The symbolism of bride price appears to often be lost in materialism. Cultural institutions need to identify actions that generate positive sentiments equivalent to those brought on by bride price, in legitimising marriages and in dissolving

Positive cultural changes and the Bill. Many of the practices that individuals and groups have supported as ‘cultural’ are changing. Exposure to (and discussion of) cultural norms vis-à-vis rights and the implications of their implementation on the family structure, sexual and gender-based violence, the dispossession of widowed and divorced women and their families, women stuck in abusive relationships due to fear of bride price refund by their families, is therefore important.

The Marriage Bill addresses inequalities, power imbalances and rights abuses, yet emerging practices and beliefs are in several cases showing a path towards acceptance of its ‘controversial clauses’, although some negative practices are deeply entrenched. In such cases, a more comprehensive understanding needs to be reached on the issues that are still contentious when the controversy is on the basis of differences in perception, myths, membership

Launch of the report

Evelyn Letiyo, the UN Women Programme Specialist in her remarks asserted the importance of the marriage bill. She reflected on the agency’s commitment to Sustainable Development Goals such as achieving gender equality and ending violence against women and girls and acknowledged that the bill will support UN Women in delivering on the commitments.

The report was launched by Honourable Peace Mutuuzo, the State Minister for Gender and Culture. In her remarks, she applauded the EU-Spotlight Initiative for supporting work that is tailored to the empowerment of women.  She emphasized that the bill lays a foundation for the promotion of women’s and girls’ rights, promotes the family as the basic unit in society and should therefore be nurtured.

The minister made a commitment on behalf of the Ministry of Gender, Labour and Social Development to invest efforts to ensuring that the bill is passed by the 10th Parliament and called upon the support of civil society organisations present by strengthening the advocacy niche.

CCFU and its work on Culture and Gender

In 2016, CCFU with support from Diakonia Uganda conducted research that established the existence of culturally defined rights of women and girls among the Acholi and Lango people of northern Uganda respectively.

CCFU conducted research in the districts of Gulu, Kitgum, Pader, Lamwo, Lira and Alebtong. The research findings revealed wealth of positive cultural resources (values, practices, norms, principles, structures) that can be used to promote the rights of women and girls.

Building on the experience from Acholi and Lango, CCFU is implementing a project (Culture for Her) that focuses on harnessing cultural resources to end violence against women and girls and promote their sexual reproductive health rights.

The project is partnership with the Ministry of Gender Labour and Social Development, five cultural institutions of Alur, Buganda, Busoga, Karamoja and Tooro with support from UN Women. 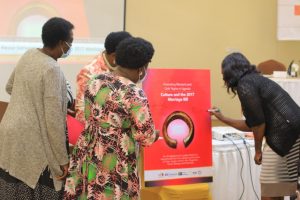 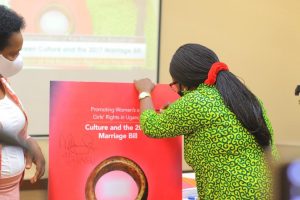 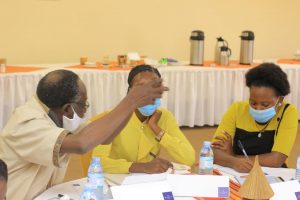 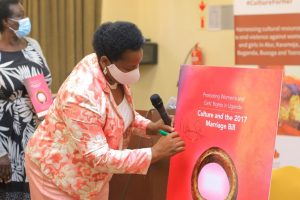 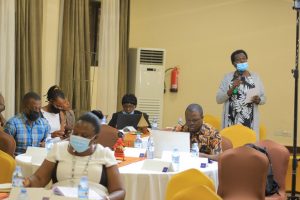