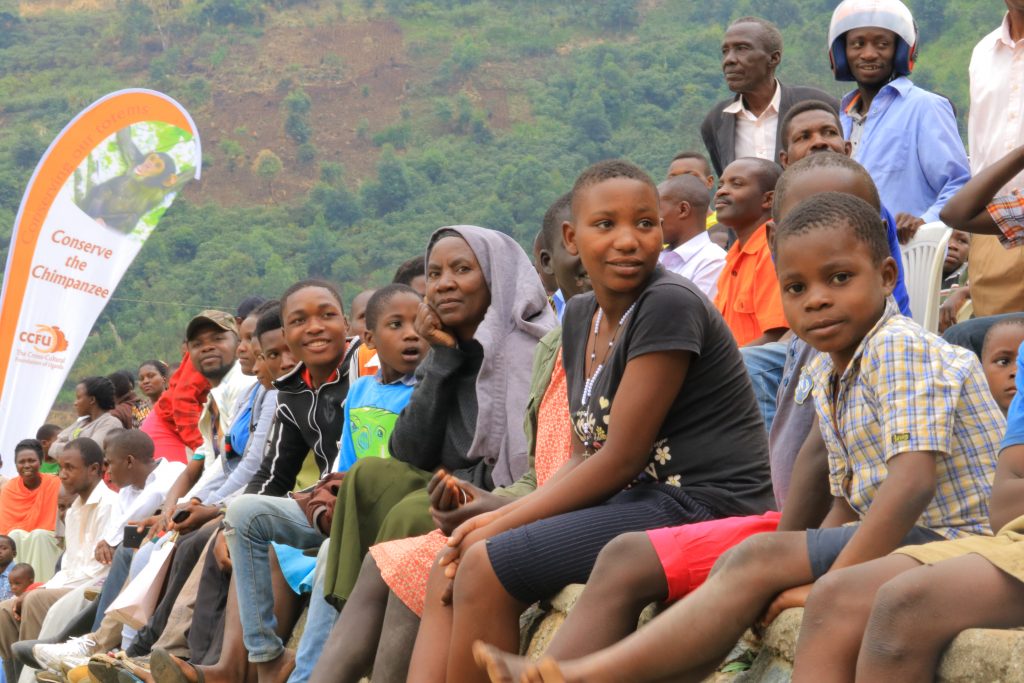 We are proud to announce the 2nd chimpanzee conservation football tournaments taking place in Rwenzori and Bunyoro, from January to March 2021

The objective of the tournament is to strengthen the role of youth as conservation agents, especially of the chimpanzee, through ingter-clan football competitions. The tournament will be clan based, with clans that hold the chimpanzee as the totem, play mates of the chimpanzee clans and other clans in the regions as competitors. These inter-clans competitions will be held in selected districts in Rwenzori (Kasese and Bunyangabu) and Bunyoro (Hoima, Kikuube, Kagadi and Kakumiro).

Intergenerational dialogues for the youth and elders on their different but collective responsibility towards conservation, especially of the chimpanzee are being held prior to all matches during the tournament. These dialogues are key in putting the tournament into the context of conservation and involve cultural leaders and elders (men and women) – the custodians of traditional knowledge in conservation.

Due to observance of the Standard Operating Procedures, the number of participants in the intergenerational dialogues and interclan tournaments is being controlled.

In 2019, CCFU held the first inter-clan heritage conservation (Chimpanzee) tournament where 16 clans participated, directly involving football players and team managers (485 youth) and non players (about 3500 youth and non-youth) in both Rwenzori and Bunyoro. The tournament was widely publicised in both areas through radio talkshows, announcements and mentions; public address systems; printed posters; social media; conservation, football and entertainment radio programmes; and some radio stations in the regions covered match days live on air.

Stakeholders including District authorities, cultural institutions, civil society, Uganda Wildlife Authority, National Forestry Authority, conservation enthusiasts, media among others were involved. This will  be maintained in the 2021 version of the tournament.

Intergenerational dialogues were also held during the tournaments through which selected resource persons responded to questions raised by the youth on cultural values, principles and knowledge about forests and medicinal plants. The cultural identity in terms of clans and associated totemic animals and plants were also discussed. The youth in Bunyoro demanded more intergenerational dialogues and proposed the establishment of a non-formal cultural education space dubbed, “Akasaka” where this conversation would continue throughout the year.

With support from the Arcus Foundation, the Cross-Cultural Foundation of Uganda (CCFU) is implementing a 2-year project (2019-2021) in Bunyoro and the Rwenzori sub-region to strengthen the conservation of chimpanzees, not through legal mechanisms, but by re-inforcing cultural mechanisms. This project involves working with cultural leaders, private forest owners and the youth.